If you’ve been alive on the planet for more than 10 years and  you don’t know who Gerald R. Molen is, odds are you have seen some of his movies.  He is the producer behind Jurassic Park, Hook, The Color Purple, Schindler’s List, Minority Report and a slew of others.  He produced over 15 Steven Spielberg movies and headed Steven’s Amblin Entertainment studio for over a decade.  He is a tremendous producer and more importantly a loving father and husband to a wonderful family. 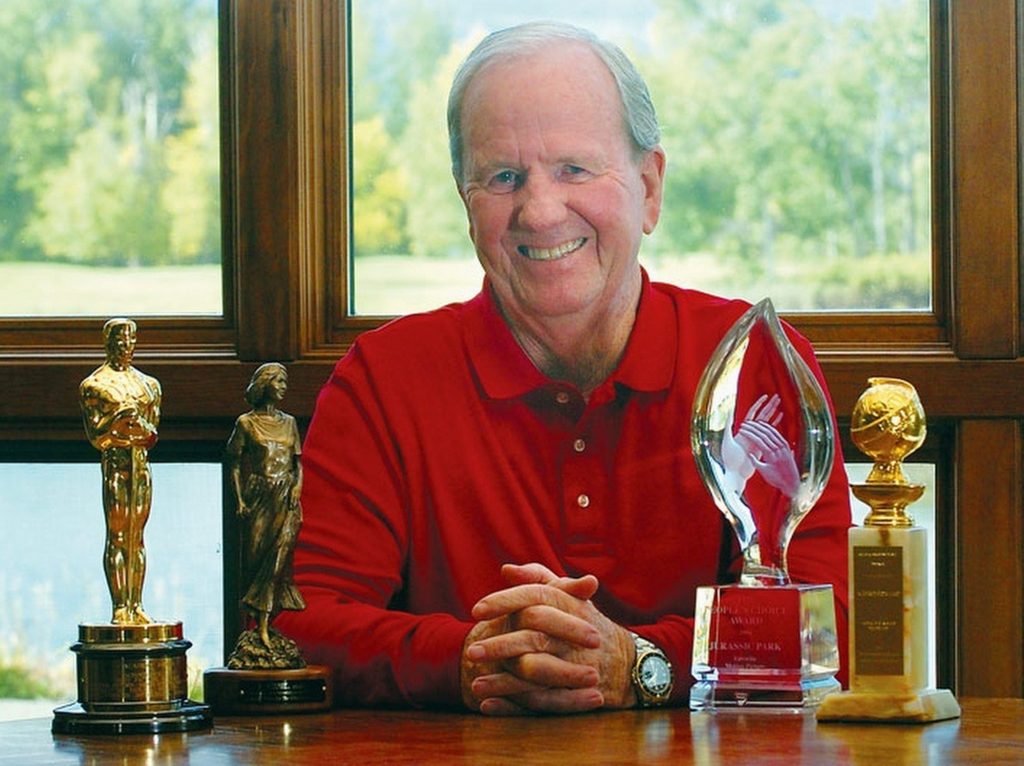 Years ago I was lucky enough to meet Jerry in the production office of Minority Report.  He probably doesn’t even remember the brief encounter… but I do.  The co-founder of Sneak On The Lot, Chet Thomas, was on the producing team and we were using their production office at night to prep for our Sneak On The Lot summer workshop for educators.  Afterwords, he partnered with Chet in the creation of a new production company called, WhiteLight Entertainment.  It was during these years that I came to know Jerry and my heart has been touched  by his gentile kindness again and again.  With each project we worked together he proves himself more honest and caring than any other person I’d ever encountered in Hollywood.

After Minority Report, Chet and I decided to ask Jerry to go on camera and ask him some questions about his career.  We thought our students would want to know how he was able to climb the ladder from being a driver to one of the most sought after producers in the business.  It was an enlightening interview that continues to inspire students on Sneak On The Lot to this day.

From that moment on Jerry was part of the Sneak On The Lot family.  He has traveled many miles, put up with our endless requests and we even produced a movie together called, The Abolitionists.

With each Christmas that approaches my family receives a wonderful, enormous gift basket from the Molens.  Each year I have to pinch myself when it arrives cause when It does I find myself thinking, how in the world did I end up with Gerald R. Molen as a producing partner in the movie business and the Chairman of the Board for Sneak On The Lot? 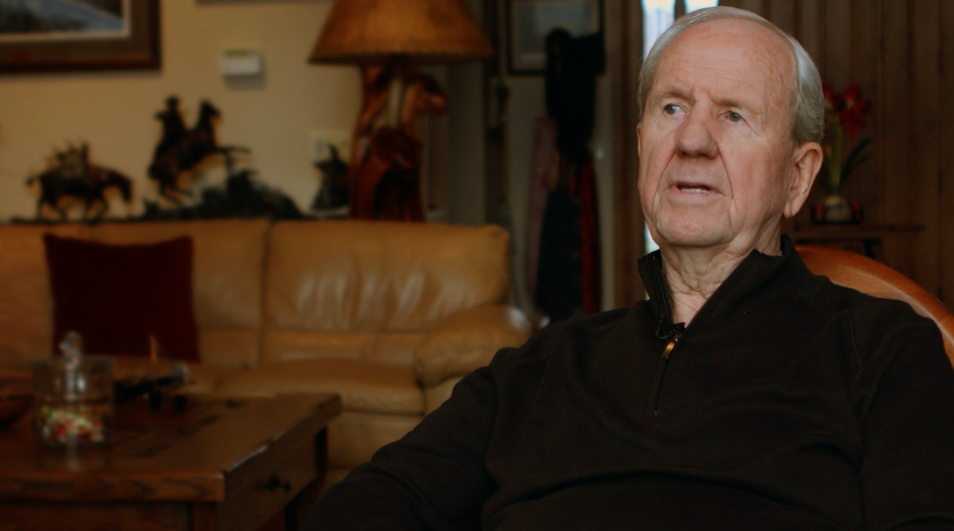 Several years ago now Chet and I traveled up to Jerry’s home in Montana to discuss a project we were developing together.  On the drive up I recalled a time when I was a mere 20 year-old boy, looking up at the poster for the movie Hook, Steven Spielberg’s film about Peter Pan.  A friend who was also dreaming of being in the industry one day, turned to me and said, “I heard that guy is an amazing producer who I heard you can actually approach”.  I replayed this story for Jerry while sitting in his living room.  I told him, “I looked at that poster for quite a while and thought, if I can only get to that guy and show him what I can do, I might… I just might have a shot at making it in this business”.  I finished my story and with a bit of uncertainty, looked up to see his fatherly stare back in my direction.  Without so much as a smile, he replied, “you never called.”  We all laughed but somewhere inside me I knew that if I had called, my friend was right, he would have gone out of his way to help me reach my full potential in Hollywood. 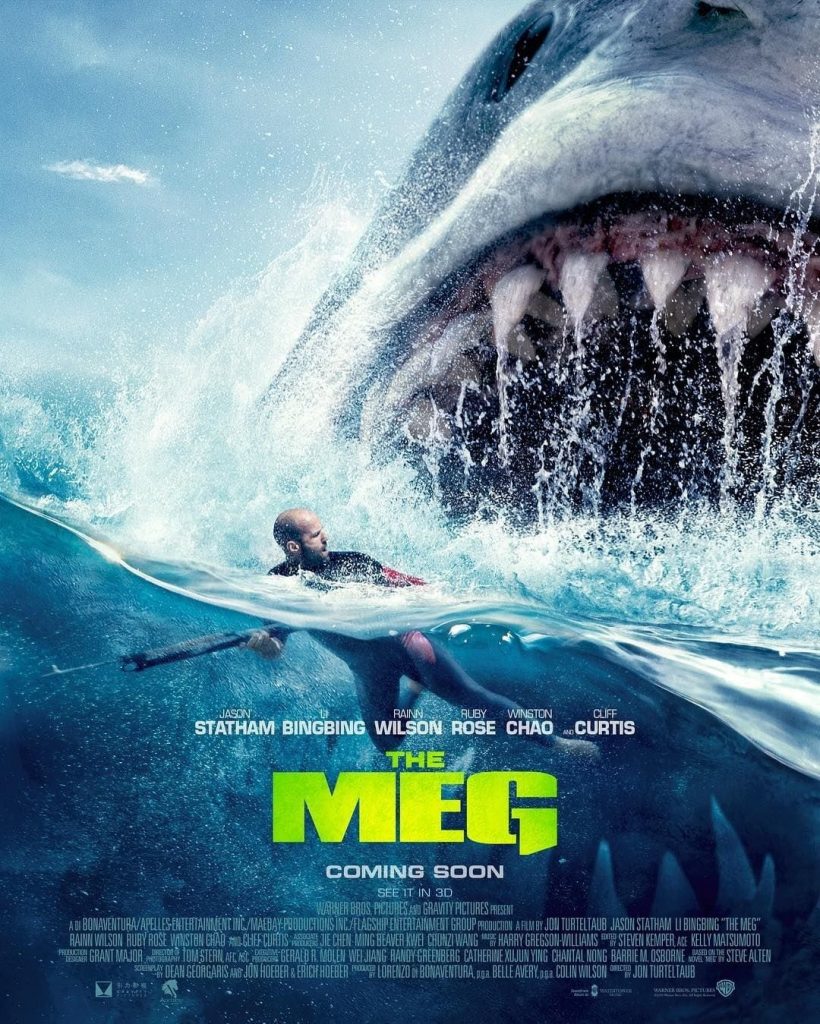 A couple of years ago Jerry mentioned that he was going to make a film with the Chinese about a megalodon…  A giant Jurassic shark.  We didn’t think too much about it from that time till just the other night when I was leaving the theater and saw the poster for The Meg.  I recalled Jerry talking about this project and thought to myself, I’m gonna have to go check out the trailer and see how it came out.

I went home and immediately pulled up the trailer and pressed play.  Jerry was the producer of Jurassic Park and was part of the team who innovated the process of placing computer graphic creatures into a film.  That technology has exploded till now there is nothing you can dream up that we can’t put on the screen in a convincing way.  The shark in this movie definitely doesn’t look fake although I secretly hope to find some easter eggs in there that pay homage to Jaws.  After watching the trailer, I think I can clearly say that Jerry has once again proven himself a powerful force in Hollywood.

It’s been a little while since Jerry has put his name on a Hollywood tentpole movie but I for one am thrilled to see his name on the big, expensive screen once again.

If history has any memory at all, I’m sure this film, like all of Jerry’s other films, is going to be a gargantuan hit all around the globe.  From the look of the trailer it’s surely going to sell a lot of popcorn.

Mr. Molen has been an inspiration and shown himself to be the best of men.  With each project we do he places the well being of the crew above all else, including himself.  I am humbled and honored to be able to call him my friend and look forward to many years of making movies together.  Looking back now, all those years ago, I was right.  Gerald R. Molen was exactly who my old pal told me he was.  He is indeed someone who has helped me reach for the stars.